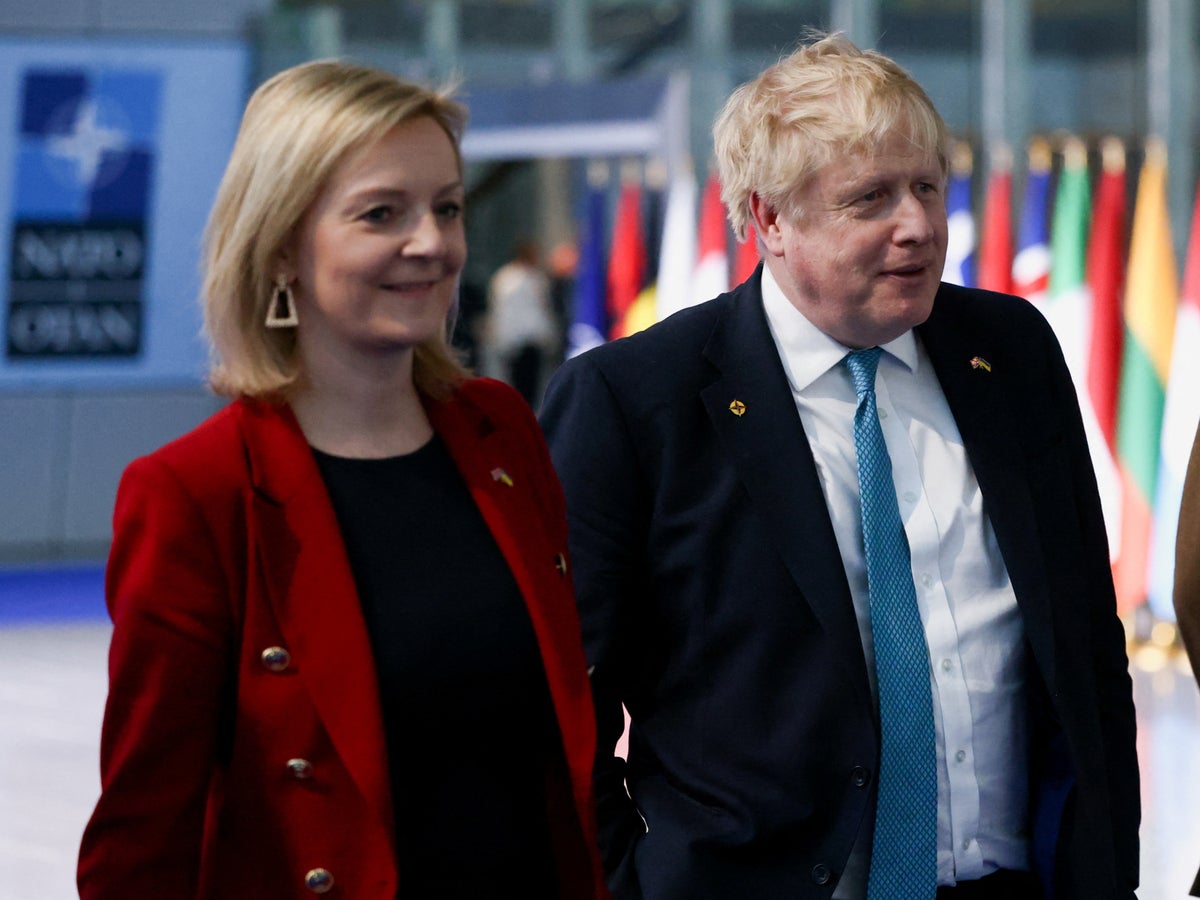 The Confederation of British Industry (CBI) called on the government to resume talks with the EU, as ministers prepare to set out legislation to make unilateral changes to the protocol.

The business chief added: “I’m firmly of the view the Europeans are being inflexible. At the same time, our measures … to take unilateral action in response are unhelpful.”

Mr Danker warned that the row was already leading many countries to rethink investment. “We do see global firms shorting on the UK right now,” he said.

The CBI boss warned: “They look at the UK and think [there is a] combination of a bit of Brexit worry again, some of these figures from the OECD, and we see global companies thinking: ‘Maybe not the UK to invest in right now.’”

A bill put forward by foreign secretary Liz Truss to unilaterally amend the protocol will be introduced in parliament on Monday amid controversy over whether the legislation will break international law.

Mr Johnson has dismissed the furore over the plan to take unilateral action to ditch protocol checks on Monday – saying it was “not a big deal”.

“We have just got to fix that. It is relatively simple to do it, it’s a bureaucratic change that needs to be made,” the PM told LBC. “It is a relatively trivial set of adjustments in the grand scheme of things.”

Environment secretary George Eustice said protocol arrangements were a “serious threat” to the Good Friday Agreement, before claiming it was up to the UK government to “interpret” the protocol how it sees fit.

“We have to basically give clarity about what the protocol means, how it should be interpreted – only the UK can do that,” he told Sky News on Monday.

There is likely to be some opposition from within Tory ranks, with a number of MPs believed to be unhappy with the legislation.

The Financial Times reported that an internal note had been circulating among those against the Bill, which said: “Breaking international law to rip up the prime minister’s own treaty is damaging to everything the UK and Conservatives stand for.”

The legislation will give ministers powers to override elements of the protocol, which was jointly with the EU as part of the Brexit withdrawal agreement to avoid a hard border in Ireland.

The arrangements instead require regulatory checks and customs declarations on goods moving between GB and NI. It could also see businesses in NI given the ability to choose whether to follow UK or EU regulations, depending on who they are trading with.

The EU has made clear that such steps would represent a breach of international law and could prompt retaliatory action from the bloc.

But shadow chancellor Rachel Reeves said “it does look like the government plans to break international law”, adding: “This government seems to be developing a record for law-breaking.”

Downing Street has said it will share only “a summary” of the legal advice it received with the public, which has led to accusations of a “cover-up”.